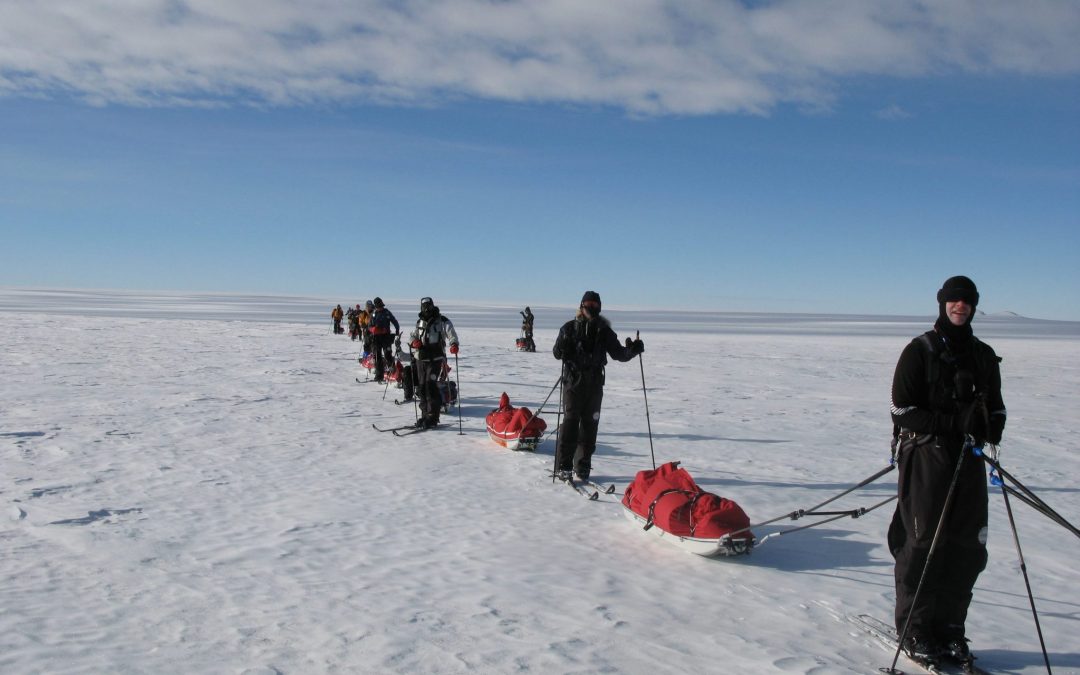 After nearly 250 km man-hauling pulks through the mountains to the polar plateau, the South Pole Race has started! The Blizzard-like conditions that have hindered progress in Antarctica finally abated, and yesterday teams were flown to the start line for one more night before the race start. They awoke this morning to glorious sunshine, and at 10am this morning began their 750km journey to the Geographic South Pole. The air was full of excitement as competitors crossed the line of the first race to the South Pole since Scott and Amundsen’s historic race almost a century ago. Team QinetiQ take the lead on the first day of the South Pole Race. However there are several teams close on their tail, including Team South Pole Flag, Due South and Missing Link.