What On Earth Possesses You? 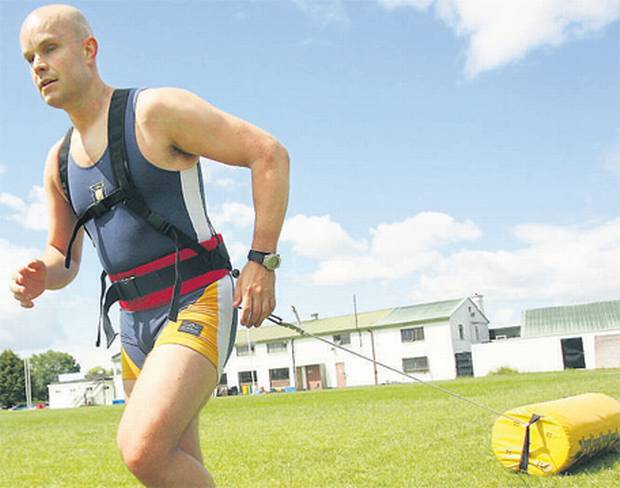 The challenge is to race to the South Pole over 1,000 kilometres in the world’s harshest environment. We will man-haul 90 kg sledges (pulks) for up to 16 hours each day for 45 days after a 200 kms warm up. We will be sleep deprived, hungry, cold and tired. We will risk Polar shock and wonder why we are there at all. And it is this question of why that I want to deal with in this post.

Last Thursday I was in the studios of BBC News 24. The interviewer asked me a question that I’m not sure I really had an answer for: “What on earth possesses you?”

A reasonable question and one that many people have asked me over the years since I got involved in sport. Why get up in the early mornings and go rowing? Why race until you are physically ill in Ironman Switzerland? Why tackle the heat of the Gobi desert until tears run down your face? Why ascend to Everest base camp at 5,500 metres with your heart thumping and head pounding and then race a marathon?   And now why enter a race to the South Pole?

My answer at the BBC was about extending my world. It was about stretching my boundaries. Going beyond the safety of my house, to a new job, to study and now ten years on I am wondering if my world can be extended to the South Pole. But my explanation did little to answer the interviewers question: “What on earth possesses you?” on reflection however, the day of the BBC interview and official press launch of the race offers an insight into what this is all about and why these adventures matter to me so much.

I was set to travel over with my girlfriend, Simone, from Dublin. However, as I came out of a late meeting and turned on my phone Simone had left a message for me to say that Dublin Airport was closed due to a broken radar. No flights were landing or taking off. This was a potential disaster as I felt that in the interests of the overall project it was really important to be at the launch to represent our team. With time and options running out we had to move fast.

Simone was already in the airport. I was in the city centre and we had no way of getting to London. Or perhaps more accurately we could not fly that night but there were other options it was just they weren’t clear straight away. We simply had to get to London…

By the time I listened to my voicemails investigations were well under way. Simone’s sister Lisa had been onto the internet to check alternative airports; Simone was liaising with the ground staff in Dublin Airport; and I was instructed to find out about getting a ferry across the Irish Sea. Just as I finished listening to a ferry timetable on the phone to find out that it was not an option, I was talking to Lisa and she had flights ready to book out of Belfast and so the race to get to the launch was on…

I hopped in a taxi to get my gear, Simone held on in the airport and checked bus options and Lisa paid for our Belfast flights online. I arrived at the airport at 11 pm and we boarded a bus to Belfast, pulling out of Dublin at 11:20. The journey should have been two hours and as the second hour passed I dropped off to sleep for a few minutes. I woke with a jolt feeling like I had shouted out loud and feeling a little strange I checked my watch. We were one hour late and as I tried to work out what was happening Simone told me that we were stuck in a car park after taken a wrong turn and we couldn’t get out. Spirits were starting to slide but eventually we reached the Belfast terminal and fell into a taxi to head to my dad’s house for a 90 mins pit stop. Simone caught a quick nap and I used the time to unpack and repack my gear – a feature of any adventure I go on. We arrived at Belfast international Airport at 5 am and bumped into Noel by chance. A quick call to Tim and it looked like at least four of us were going to be there. Ross and Simon had headed out early to Dublin Airport but it wasn’t looking good for them.

We arrived in Picadilly at 10 am and Tim joined us in a café for a quick coffee before the launch. Simon and Ross weren’t far behind but it sounded like they would miss the bulk of the launch…and Simon had our team kit in his bag. After the hastle in the airports I was pretty pleased with our efforts and it seemed somewhat appropriate to have gone through a little hardship prior to the launch of the race!

The Ice Bar is in the middle of London. It is kept at minus 5 degrees celcius and the walls and pillars are made from ice. Even the glasses (ices?) we drank from were made of ice. We slipped into ponchos with fur hoods and entered the bar which was filled with photographers. Noel and I sat with the other competitors at one end of the room whilst Simone and Tim mingled with the photographers and journalists. We sat in the middle beside James Cracknell, former Olympic Gold Medalist and one of the other competitors in the race. It was all very strange and exciting – I could hear the cameras clicking and I presume the flashes were going off all over the place.

We emerged from the icey chamber to be greeted by Simon and Ross who had just arrived. They had missed the photos inside but there was lots more to come. Within seconds Ross had his camera on and Simon passed out our team kit – grey fleeces with our website (www.southpoleflag.com) all over them. As we pulled on our team kit and the journalists and photographers buzzed around everyone got to work. No instructions, no job descriptions we just knew what to do and got to it.

Whilst I was doing interviews, the rest of the team were talking to journalists and photographers. When I was finished Simone had something else for me to do. And Ross was there taking it all in, recording it for the documentary. And at home Kevin and the team had been working on finishing the website, whilst Elaine was alerting people about what was going on. In the meantime we had others getting the press release out and pushing the media angles. And I hope I haven’t forgotten anyone else who was working for us on that day.

Things slowly came to an end and as it all calmed down we went for our first team lunch. I loved it. The others were talking about the day and what they had learned, who they had spoken to and planning for the future. They were all over it and it was happening – the team was starting to create itself!