My 10th Anniversary Of Going Blind 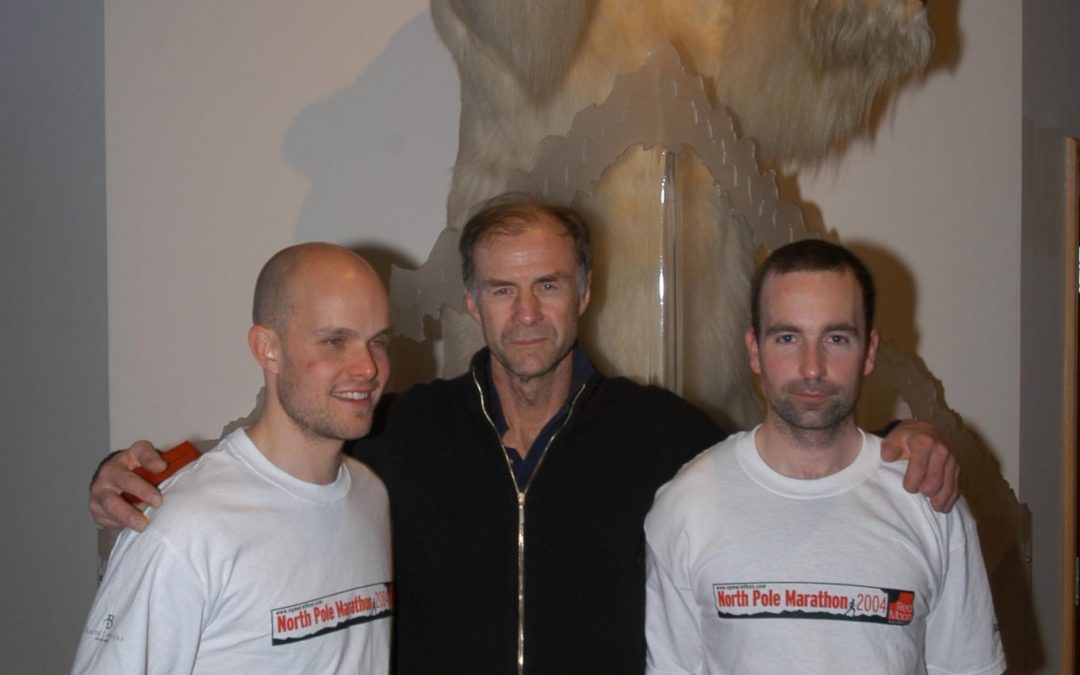 It was exactly ten years ago today that I lost my sight. I have been thinking about it a lot this week for some reason. I sometimes feel detached from the story I describe when doing interviews in the media about that time or telling people what happened. But this year the memories of that time feel more vivid than usual. Perhaps it is the focus on the date is also the thenth anniversary of the Good Friday Agreement in Northern Ireland and it is in the news a lot or perhaps it is because I have been asked about that time more than usual because I have been doing interviews to launch our South Pole project and find sponsors. Whatever it is, I have been thinking back to the day I went blind.

This day ten years ago I woke up in hospital in Manchester and prepared for an operation which I hoped would save my sight. Only one month earlier I had driven 100 miles from Belfast to Dublin and I was preparing to sit my finals in Trinity College Dublin. However, as I woke that morning my sight was fading fast. As I woke that evening with news of the signing of the Good Friday Agreement coming through on the radio   I expected my sight to slowly return – it didn’t and from that day to this I have been blind.

Of course in the beginning it was absolutely awful. I thought that I had no future but one step at a time and with the help of lots of people I began redefining what I thought was possible. Six years later I was standing at the North Pole having just completed a marathon with my long time adventure racing team-mate John O’Regan. As I lay in bed in Manchester facing the horrible reality that I was going to be blind, little did I know that six years later I would be standing at the North Pole. Over time, I have now realised, challenges that seem so overwhelming in the moment pail into insignificance. OK being blind is still annoying but it is manageable and other things become the focus of our woriies.

Four years ago there were only fifteen of us at the North Pole and one of those people was Sir Ranulph Fiennes. Described by the Guinness Book of Records as ‘The World’s Greatest Living Explorer’, he is a true hero for anyone who has even a passing interest in adventuring.

“Ran” (as we found out he likes to be called!), shared a tent with us and five others. It was amazing to have the opportunity to talk to such a legend and hear stories of his adventures whilst floating on the high Artic Ocean. Ran described how he came to lose four fingers after one of his pulks slipped under the ice during an attempt to reach the North Pole solo some years earlier. His choice was put his hand in to retrieve his food, fuel and tent which would mean losing some or all of his fingers verses keeping his hand but dying of exposure – not an easy decision?!

After struggling to extract the pulk and eventually erecting his tent he was close to death and had lost all feeling in his hands. His only hope was to generate some heat by lighting his stove. Attempt after attempt failed to get the cooker going but with time running out he eventually got it lit. Relief at last. But inhis eagerness to get the cooker lit, he put too much fuel on the burner and the flame leapt to the roof of the tent and set the inner lining on fire! Despite this he eventually made it out alive and we were lucky enough to hear this and many other stories in the icy environment in which they occurred.

Hearing Ran’s stories and those of the other guys in our tent I was feeling very much like a part time adventurer (which of course I was!) and this insecurity stopped me from speaking up when we were all in the tent after the race. As everyone was sleeping, or so I thought, my temperature began plummeting. It was absolutely freezing and I mean freezing to the point that there was ice forming on the inside of my sleeping bag. I was falling in and out of sleep and was amazed that everyone else was quiet as a mouse. I assumed that everyone else was sleeping and I didn’t want to moan about being cold having just hear about near death experiences of the others in our tent – climbers, polar travellers and of course Sir Ran.

However, in reality the more experienced, the less ego there seemed to be. As I lay shivering in the tent not wanting to complain or look like the cold was effecting me, Sir Ran was first out into the mess tent drinking tea and eating biscuits along with Sean Birch who won the race. It was only me and John left by the time I plucked up the courage to say I was bloody freezing! I couldn’t believe that the hard core guys had bailed out whilst I was trying to be a tough guy!

If I learnt anything out of the misery it was that there is no place for bravado or ego in places like the Arctic and I reckon that will be a good lesson to have learnt as we progress to the South Pole. The preparations will be focused on trying to control the controllables and when I’m racing there will be no more trying to ‘tough it out’.

Ten years ago as I lay in that hospital bed in Manchester I questioned if living was possible. It has been and now I and the team are asking, is reaching the South Pole possible? We’ll see!