It Started in Chamonix… 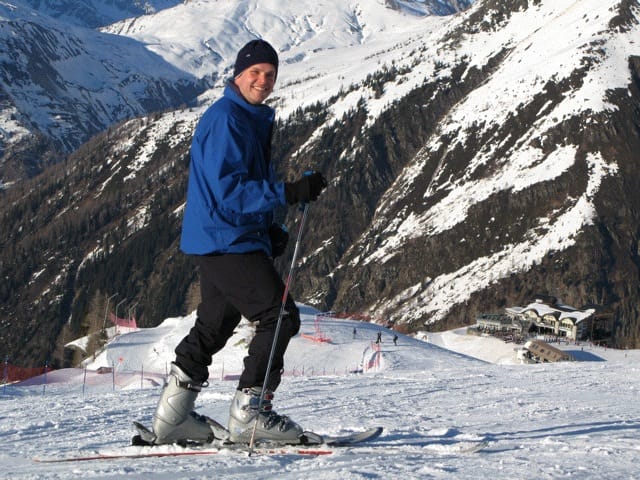 What a strange few weeks! On Saturday the 26th of January I did my first training session of the year. 6 weeks later, I have completed nearly sixty training sessions, I’ve been in Chamonix to find out if I can cross-country ski, and I have signed up to race to the South Pole. What lies ahead is so terrifying and so exciting – I have no idea if I can do this.

Although I have had some amazing experiences over the last few years, I haven’t been as nervous about a race, or as excited, since the first adventure race I did back in 2003. With my friend, Nick Wolf as my guide, I did The Gobi March – The Race of No Return which is the equivalent of six marathons in one week, (see: http://www.racingtheplanet.com/gobimarch.htm). Neither of us had ever done one marathon, let alone six in one week carrying all our kit; we had no idea if we could do it. I suspect now that the likelihood of monumental failure was why it was so enjoyable to take on.

Before I signed up for the South Pole Race, I had to find out if I could cross country ski. As luck would have it, I was booked on the 27th of February to deliver one of my lectures to a company in Chamonix (see: http://www.markpollock.com/). Coincidentally, Nick Wolfe is in Switzerland becoming a horologist and he was able to meet up with me in Chamonix for a couple of days skiing.

I flew into Geneva on Friday the 22nd of February and Nick picked me up in a camper van, which was to be our house for three nights. I have never stayed in a camper van but it was brilliant – complete independence. We headed up to Chamonix, hired the skis and boots and got started.

I had skied once before, on a school trip when I was fifteen. Back then, I could still see; so I wondered, could I do it blind?

There is a cross country course in Chamonix and we spent a few hours on the Saturday teaching ourselves how to ski – it was really enjoyable. In fact, I couldn’t believe I hadn’t tried it sooner. In contrast to an afternoon kicking rocks up the side of a mountain or in a desert, strangely enough skiing seems to be relatively blind-friendly.

Nick took some video footage of the first attempts at skiing. But the great news was that I could do it and as a result the South Pole Race is on!

Since the Chamonix trip I have been churning out the training, been searching for sponsors and have linked up with the Royal National Institute for the Blind as the charity for this project. Oh, and our entry to the event was accepted on the closing date – the 29th of February – which is also my birthday.