Norway: Controlling For Everything But The X-Factor 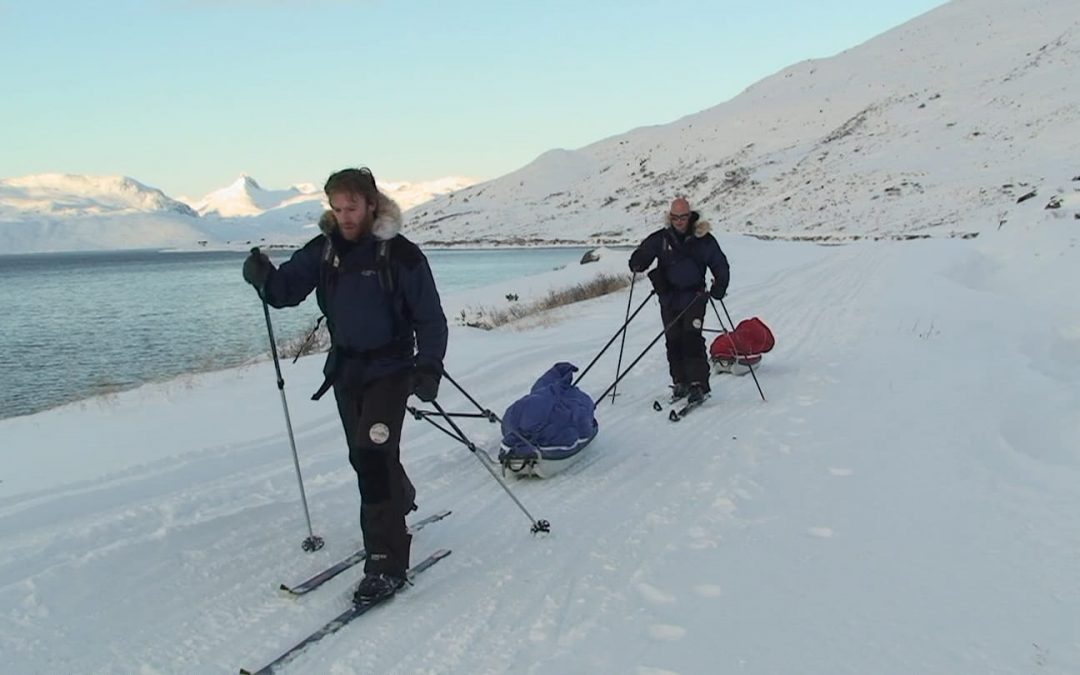 Recently I have been writing about my fear of the unknown – the terrain that we will face in Antarctica. Last week I did something about it and travelled to Norway in search of sastrugi…

On Sunday 18th May I flew to Oslo and met up with an old school friend, Alan Ritchie, who I used to row with and now lives in London. We jumped on a train heading north to otta where we met our guide Inge Solheim. Inge has been to the North Pole seven times, Antarctica four times, crossed Greenland using equipment that Scott and Amundsen would have used 100 years ago and lives his life in snowscapes around the world. He has also designed our tents that we will be using in Antarctica and is closely involved with the race logistics. I think he was just about the best person to go and train with!

Inge showed us to our guest house and asked us to lay out our gear for the two day “mini-expedition”. We got the sense that he is not the sort of person to leave things to chance and he wanted to check to see if we were missing anything. We were!

After the kit inspection we headed off for some food in a local restaurant and I got a real sense of how Inge thinks. Over dinner we chatted about the great adventurers of the past and got a sense of the Norwegian mentality. It is clear that Inge, and perhaps Norwegian adventurers in general, see preparation as the most valuable asset for any expedition. It is about preparation and comfort not heroism and bravado. And when Alan asked “do you think you can control for everything?” Inge’s response was “nearly and what you can’t control for…that is the X factor!”

The “X-factor” is the uncontrollable. It is the risk factor that is out of our control in adventure racing as it is in life. However, too often I have been under pressure, not because of the X-factor but rather because of something that I could have controlled for.

The trip to Norway was an effort to start controlling the controlables in the areas that I mentioned in previous blogs: 1. Physical, 2. Mental, 3. Survival and 4. Terrain.

The trip helped identify some challenges that I need to get in control of:

– A watch that I can use and does not run out of battery. I think a heavy duty talking watch would be good when on the move so I don’t have to take my gloves off but in the tent at night I will need a watch that I can feel the hands of so that I do not annoy my team-mates by using a talking watch to check the time in the middle of the night. I find it really mentally challenging when I do not know what the time is and when I first went blind it was really tough when I did not know if it was light or dark, time to get up or hours to go. That cannot happen in Antarctica…big potential issue.

– “Hand System”: I remember at the North Pole Marathon in extreme temperatures that my hands became dangerously cold at times. I thought it was mainly because my gloves were wrong but in Norway it was clear that because I cannot see I have to keep taking my gloves off to feel the clips on my sledge harness or bag, to take the lid off my mug and rip open a powered drink packet or to do almost anything. This is OK in Norway but it is something that could be dangerous in Antarctica. If I do not get the ‘hand system’ right this has major potential to take me and our team out of the race through frostbite. The blindness does mean that ‘feel’ is more important to me and I will have to find a system to allow me to feel what I need to without getting frostbite. As you can appreciate, with no sight I really value the other senses like feel so I will be doing everything I can to keep all feeling in my fingers and the rest of the senses intact!

– “Head System”: Not being able to see the people in front of me means that I use my hearing to give me the information that my eyes do not. However, at times in Norway it was so cold that I needed to have all my head gear on – hat, face mask, hood and sunglasses. With my ears covered I could not hear and I had to take my hood down. Luckily Norway was not dangerously cold and I could get away with doing that but Antarctica will not allow for any compromises. There are a couple of options I think and I will endeavour to use both: First is a non-technical version which is to design a hat/face mask/hood system with a hole for my ear to hear through which I will need to test pre-December. Secondly is a system using some technology. I need to find and test a two way military style radio. The type that sits on the throat and is voice activated. This way I will be able to communicate with one other person on the team even if we are cocooned in our head systems.

And now there are only six months to go…