Its All About Sastrugi At The Moment… 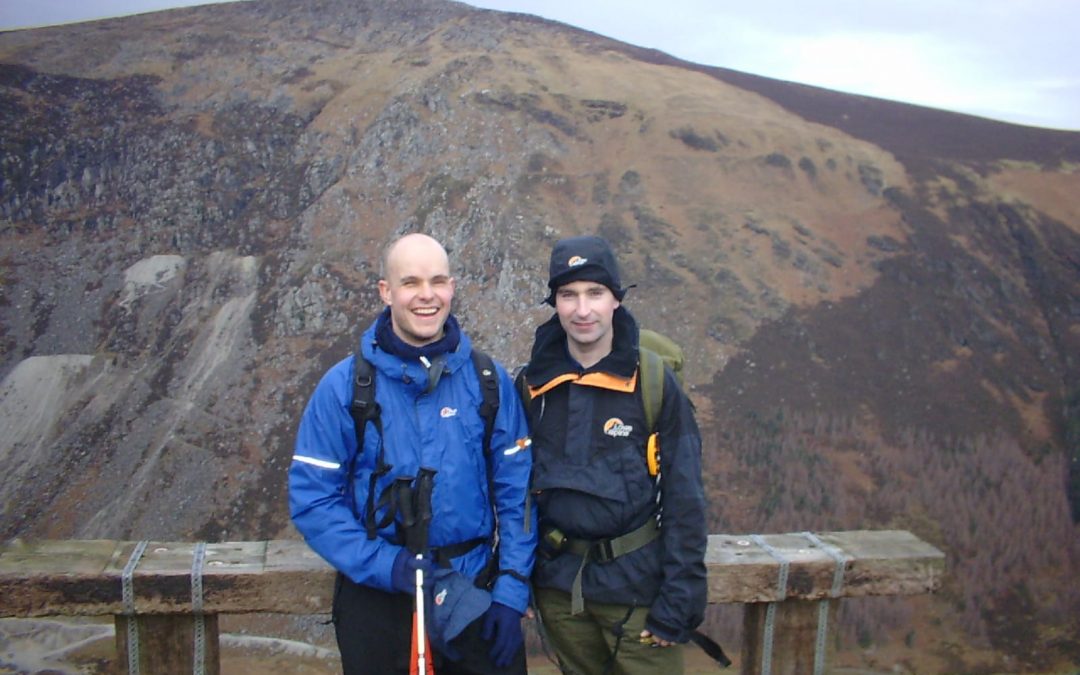 Previously I said that my attempt to reach the South Pole would involve physical, mental and survival training. I’ve only written about the physical training and already I’m going to add another very important factor and cover that today.

The fourth element is the terrain and before I go anywhere near the Antarctic I need to make sure I can travel over the terrain that we will face and do it at a speed that allows us to complete the race before we run out of either food or fuel. Afterall as John O’Regan, a training partner and former team-mate,   has just written in an email to me “time in Antarctica is measured by fuel. Extra hours on the ice will soon turn into days. This means more water and food, more water and food means using more fuel which makes the sleds heavier. There’s a limit to the amount of fuel you can haul.”

This new found desire to understand the terrain has been prompted after a trip to County Kerry in Ireland last weekend. Micheal O’Connell and I set off at 5:30 on a four hour drive to link up with a group of people who are in training to cross South Georgia in Antarctica later this year. The group is being led by Pat Falvey who reached the South Pole earlier this year. So, the weekend was partly for training and partly to try to learn from Pat.

We set off with the group, fifteen of us, at about 10am. The terrain was peppered with small rocks mixed with tufts of grass. Soon the gradient began to increase and we started rising up out of the valley. I generally find uphills easier to negotiate as I can lean into the slope and get a decent grip with my trekking poles. The mix of grassland and small rocks gave way to larger rocky out crops that we had to scramble up and between. The group stayed together and I didn’t feel like I was holding anyone back, we were holding our own.

Up to this point the only time I had been guided by Micheal was through city streets, down at the rowing club and one 10 km road race we did a couple of years ago. We had never been over rough terrain. But the system that John O’Regan and I designed for last year’s Everest Marathon worked really well. The system involves my team-mate going ahead and me directly behind. I use two trekking poles as normal and we have another two poles connecting us together. The connecting poles involves one trekking pole going from my right wrist forward to his right wrist and another pole connects my left wrist to his left wrist. My trekking poles allow me to feel the ground directly in front of me and the connecting poles give me an indication of changes in direction and height. The whole thing was topped off this weekend with Micheal constantly saying step up, step up, step down step to the side etc etc etc!! I also passed on John O’Regan’s method of catagorising the size of rocks and boulders by using a range of fruit and veg descriptions…spuds, water melons, prize marrow and more!

After about four hours of hiking up and onto a ridge we eventually began to descend. As I mentioned earlier going up hill seemed to level the playing field in terms of speed but on the ninety minute descent I was really slow. The terrain wasn’t even that bad. Some rocks but mainly grass. On the uphills I can plant my pole and step into the unknown but as I descend I cannot plant the poles with the same certainty. As a result I have to almost squad on one leg each time remaining in control until I get a firm foot placement. Alternatively I have to bend right over and get a decent position for my pole to take my weight if I fall.

The element of uncertainty either On the downhills or on top of boulders kills my speed completely and I soon begin falling behind the main group no matter how fit or unfit they are. This is part of the mental challenge that I wrestle with – namely that my fitness is often not the issue but the terrain is the limiting factor. I have experienced this many times in training and races in the mountains. If the South Pole was like the Gobi Desert or Everest’s morane or even the Kerry mountains I would not be going. But luckily there are no rocks down there. However, to replace the rocks is a feature called sastrugi. Apparently sastrugi is like a choppy sea on a windy day frozen in time. It is the sastrugi that I fear could be a limiting factor on my speed.

In camp on Saturday night Micheal and I discussed the different terrain that we had travelled over. We discussed the uphill progress compared with the boulder crossing and downhill and we tried to talk about what we thought sastrugi might be like. We’re told it is like some of the bog land that we had moved over – uneven andenergy sapping – but without being in the correct environment, with skis, sleds and bags the conversation is somewhat futile.

This week we’ve been doing a lot of fact finding on sastrugi! A definition of sastrugi is sharp irregular grooves or ridges formed on a snow surface by wind erosion and deposition, and found in polar and temperate snow regions. They differ from sand dunes in that the ridges are parallel to the prevailing winds. Ranked by increasing size, these irregularities are known as ripples (~10 mm high), wind ridges and sastrugi (up to 1 meter high). Larger features are especially troublesome to polar travellers. Travel on the irregular surface of sastrugi can be very tiring, and can risk breaking skis—ripples and waves are often undercut, the surface is hard and unforgiving with constant minor topographic changes between ridge and trough.

The only difficulty is that definitions are useless – I need to get on those ice waves and test myself and my speed. For our South Pole attempt to be successful I need to be able to cover 30 kms – 45 kms per day. Travelling for up to 16 hours per day that means we’ve got to move at 2 kms to 2.5 kms per hour. It sounds easy but in the mountains and in races that I have done my progress has been as slow as 1 kms per hour.

If anyone knows where I can find Antarctic style sastrugi in the northern hemi-sphere from now until the race, please let me know!